NDPTC's cadre of instructors are of the highest caliber, very well-respected in their fields and disciplines. Many have advanced degrees in science, engineering, planning, and architecture, and years of practical experience as leaders within their field of expertise.

Click on an alpha to filter by last name: 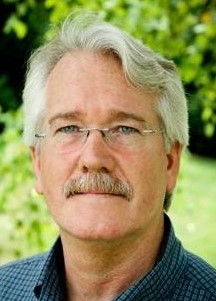 Dan Flynn is an Emergency Manager for the Santa Barbara County Office of Emergency Management in California. He also serves as the National Disaster Response Director for Sheep Dog Impact Assistance, a national, not-for-profit disaster response organization, providing teams of current and former military and first responders to national and regional disaster responses. Dan holds the prestigious Master Exercise Practitioner designation through FEMA and is an Instructor for several member agencies of the National Disaster Preparedness Consortium. He is a Subject Matter Expert for the American Nurses’ Association for their National Healthcare Disaster Certification program. He did his Master’s level work in the Sociology of Disasters.

Dan started his Emergency Response/Management career nearly 40 years ago with the U.S. Coast Guard, working in Search and Rescue, Law Enforcement and Marine Safety. In civilian life, he has served as a Police Officer, a Sheriff’s Deputy and a firefighter. He served 5 years with FEMA’s Urban Search and Rescue team, MO Task Force 1 and 10 years with the U.S. Department of Health and Human Services’ mass fatality team, DMORT VII, serving as a HAZMAT Specialist and Trainer.

Dan was the Emergency Response Team Manager for Recon Solutions. During the 2004-2005 Hurricane seasons, Dan and his team the first “boots on the ground” at nearly a dozen hurricanes, assisting with state, county and local responses along the Gulf and Atlantic coastlines. He has served on the Command and General Staff of several Type 1 disaster responses including tornados, floods, oil spills and large-scale animal disease epidemics. He is a certified Fire Service Instructor, a FEMA NIMS, CERT and HERT Instructor and has delivered over 10,000 hours of training for federal, state, NGO, Healthcare and Private Sector organizations.

Mary Jo Flynn-Nevins is the recipient of the 2018 Top Advocate for Social Media in Government award from the Government Social Media Organization. Currently, as an Emergency Operations Coordinator for the Sacramento County Office of Emergency Services, she is responsible for: training, exercises, planning coordination, technology, and social media. She started her Emergency Management career in 2007 where she served as the Emergency Management Assistant Director for the Anaheim Fire & Rescue Department until 2015. Mary Jo has a MS from CSU Long Beach in Recreation Administration, a BA from CSU Fullerton in English Literature and is a trainer with the California Specialized Training Institute (CSTI) and the National Disaster Preparedness Training Center (NDPTC) and offers advanced level training in areas of public alert and warning, social media and emergency organization and management. She currently holds a Certified Emergency Manager (CEM) credential through the International Association of Emergency Managers (IAEM) and is the Past Chair of the Emerging Technology Caucus and Homeland Security, Science and Technology Directorate, Social Media Working Group for Emergency Services and Disaster Management (SMWG). When not spending her time in Emergency Management, Mary Jo enjoys the mountains of the high Sierra, tennis, swimming, and golf. As a volunteer with the Red Cross for over 20 years, she is an advocate of everyone learning how to swim, and training in CPR, First Aid and Stop the Bleed.

Suzanne Frew leads The Frew Group, a certified Woman-Owned Small Business and Woman Business Enterprise, based in the San Francisco Bay Area. Suzanne has been helping governments, businesses and community organizations manage risk, build institutional capacity and improve communications for three decades. She has extensive expertise in cultural competency, working with leaders of diverse communities to build culturally and socially inclusive policies, procedures and practices grounded in diversity, equity and inclusion. Suzanne specializes in applying innovative approaches of design thinking, serious gaming, storytelling and cross cultural communications to resilience and recovery planning, training and exercises, and communications outreach and engagement. Suzanne is an international speaker, a keynote, and a prior FEMA IX PIO and Mitigation Marketing, Education and Partnership Development Coordinator. A contributing author to four disaster resilience books and numerous professional articles, she works throughout the U.S., Southeast Asia, Asia Pacific, Caribbean, and Canada. She is a member of the IAEM Diversity Committee, IAEM Technology Caucus, and a founding member of Gender and Disaster Network. She holds a MFA from Rochester Institute of Technology and a BA in Interdisciplinary Public Relations/International Social Welfare.