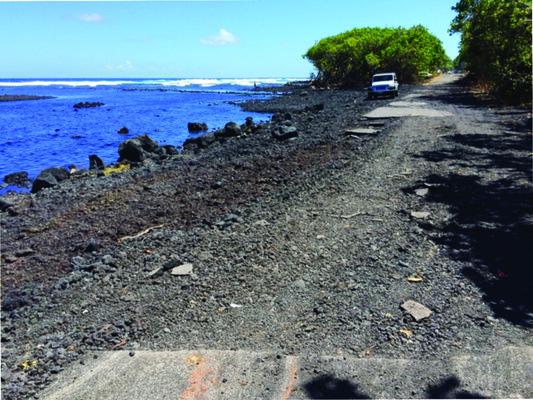 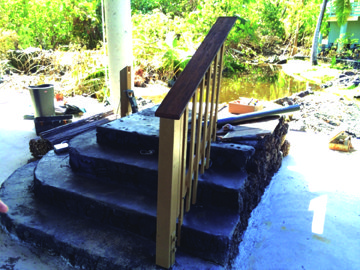 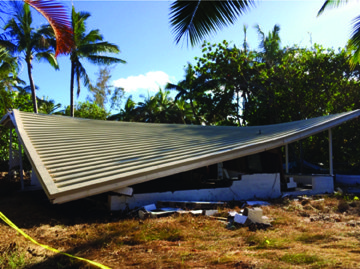 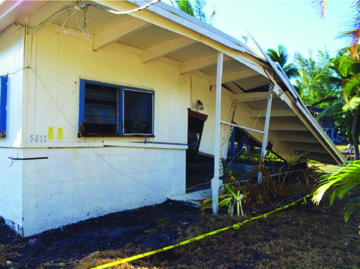 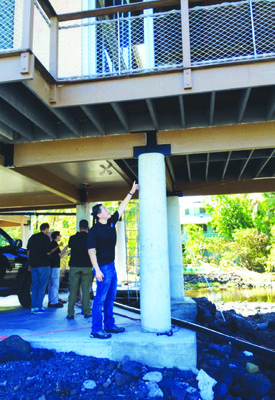 The Hawaiian Islands tracked the approach of this storm with great caution, as it change in strength from Category 1 to 3 to 4, finally making landfall on the Big Island of Hawaii in the early morning of Friday, August 8, 2014 around 2:30 am HST. Several hours prior (11 pm, Thursday, August 7), maximum sustained winds were estimated to be at 70 mph, making the system a strong tropical storm but below category 1 hurricane intensity. Iselle currently holds the record for the strongest tropical cyclone to directly make landfall on the Big Island in recorded history.

As many islanders experienced relief that the storm did not cause damage on their island, it became apparent the hardest hit area of Hawaii Island was known as the Puna Region. One week after the storm, several members of the National Disaster Preparedness, spent the day in Puna assessing the damages and lessons learned from Hurricane Iselle. The group started first at the EOC, receiving briefings and getting authorizations to travel to the damaged areas. They then traveled to the Pahoa Community Center and the Disaster Rec

overy Assistance Center staffed by state, county, and non-profits involved in disaster relief and recovery. The group also traveled to several of the most seriously impacted areas.  The trip concluded with a brief-out to Senator Brian Schatz and his staff.

The inquiry focused on three different types of impacts:

3) impacts on the community.

The purpose of the trip was initially the need to see first hand, not just the damage to houses, infrastructure, natural areas, but also lessons relevant to response, relief, short-term and long-term recovery. We now need to assess, how these observations and lessons fit into NDPTC strategic efforts to learn from disasters, build capacity, and strengthen resilience.  The team was comprised of Executive Director Karl Kim, Sea Grant Specialist and NDPTC Instructor Dennis Hwang, NDPTC Meteorologist Owen Shieh, and NDPTC Instructor and Technology expert Kepano Kekuewa. Also Denise Laitinen, Hawaiian Paradise Park resident and social media expert, accompanied us for much of the day.

Coming from Oahu, the group was not prepared to see the widespread damage. Roads along the shoreline in the Puna district were eroded and scoured, with pavement displaced inland; Albizia trees were knocked down, many landing on power lines or impacting buildings and other structures.
The storm surge impacts were most prevalent in Kapoho, where eyewitness accounts described the water rise to exceed beyond 6 to 8 feet, with waves and spray observed to have reached a 16 ft. deck. The deck in the photo at the right, is just slightly over 16 ft., and this home was not damaged by the storm surge.

The photos below show a different story, Stairs and other means of access to residences were destroyed by the surge, while some homes completely collapsed. There was also some roof damage that appeared to be a combination of surge and wind impact, although the wind gusts should not have exceeded tropical storm force in the Kapoho area. The right-front quadrant impact of Iselle on Kapoho likely contributed to the high surge.