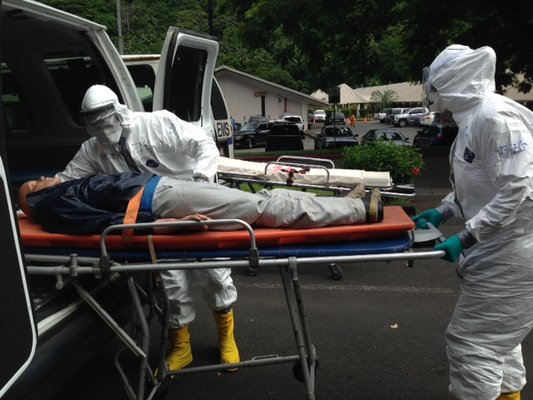 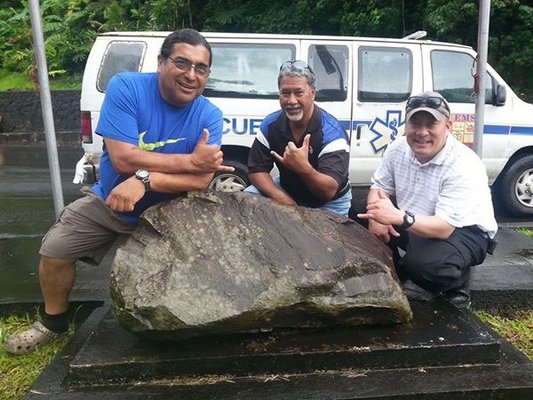 In light of the recent Ebola virus threat, the National Domestic Preparedness Consortium (NDPC) activated a Consortium-wide initiative to assist with training the Nation to be better prepared for disaster situations involving biological threats.

In light of the recent Ebola virus threat, the National Domestic Preparedness Consortium (NDPC) activated a Consortium-wide initiative to assist with training the Nation to be better prepared for disaster situations involving biological threats. On March 26, 28, 29, 2015, the National Disaster Preparedness Training Center (NDPTC) held three offerings of the PER-320 Personal Protective Measures for Biological Events course in Pago Pago, AS.

American Samoa is the first location in FEMA region 9 to receive the interactive hands on PER-320 course. The NDPTC instructors trained groups of local individuals from various health, medical and first responder fields. A portion of the individuals were trained specifically to be instructors for the course which certifies them to instruct the course locally to additional individuals. The courses resulted in a total of 82 participants trained and a group of new instructors. American’s Samoa EMS Chief Galumalemana Fuapopo Avengalio and Dr. Iotamo T. Saleapaga, at the Lydon B. Johnson Tropical Medical Center were interviewed by the local media regarding the courses and where both expressed excitement and appreciation for the offerings.

Over the course of preparing for and completing the course deliveries American Samoa was threatened by several natural hazards that could have endangered the course delivery offerings. Tropical Cyclone Ruben developed just south of Tonga and was forecasted to potentially increase in strength. Fortunately, Tropical Cyclone Ruben crossed south and weakened in strength avoiding America Samoa. In addition to the tropical cyclone threat, there were two nearby earthquakes. The first, a 7.5 magnitude earthquake near Papupa New Guinea that caused a tsunami warning for nearby Pacific islands and the second, a 6.8 magnitude earthquake near Tonga and Samoa. Luckily, American Samoa was spared from the effects of the various nearby natural hazards which allowed all of the course deliveries to be successfully completed without disruption.